60 million years ago in the 3rd geological period, the Toros mountain range was birthed, while pressure from the Anatolian plateau gave rise to highly active volcanoes that vomited and spewed lava across the region.

The accumulated ashes formed a soft tuff (volcanic rock) layer, which was then partially covered by a thin layer of lava. Formed by basalt, this abraded and cracked over time and penetrated the soft tuff, causing a distinctive abrasion.

With the additional effects of heating, cooling, and winds, cones with ‘hats’ molded from the basalt rocks began to form (and continue to do so today). The name “fairy chimney” was later bestowed on these formations by the early settlers who used them as homes. Meanwhile, the tuff layers that did not have a basalt blanket turned, thanks to erosion over time, into valleys. 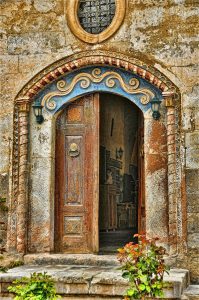 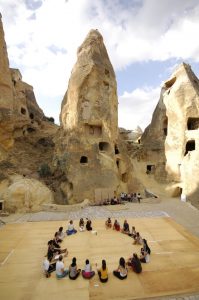 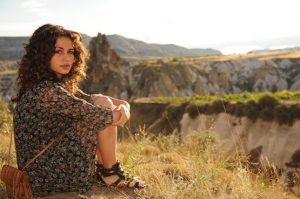 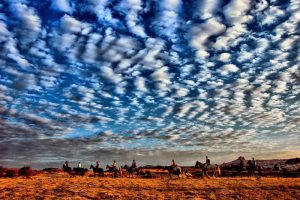 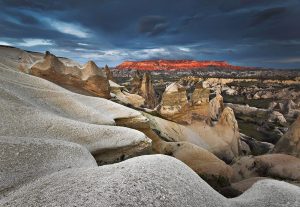 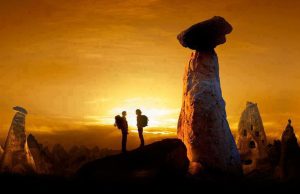 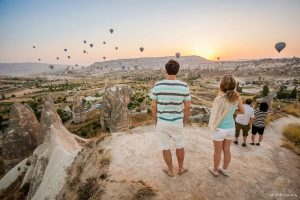 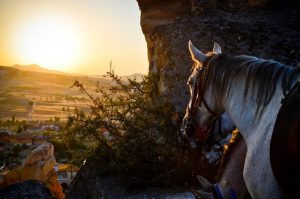 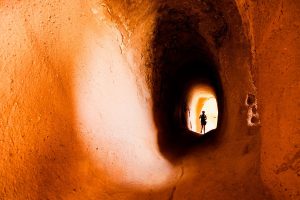