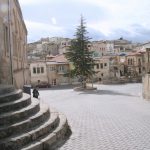 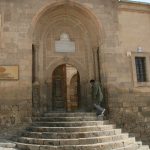 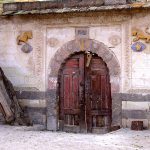 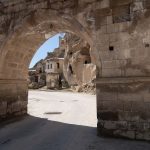 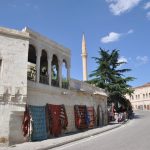 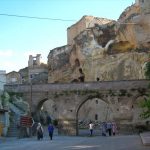 This small village located just next to Ürgüp is one of the most beautiful stops that can be visited in Cappadocia valley. Sinasos, as it was called earlier , was a summer resort  of İstanbul Greeks  in the Ottoman period . Greeks, who where  known to deal  with caviar  trade in İstanbul , built many beautiful  houses in Sinasos  , where they were staying every summer .Like other locations in Anatolia , Sinasos was evacuated  in 1924 , during the population exchange  , Greek people migrated to  Greece ,  and the  village was renamed Mustafapasa. This beautiful and wealthy village , which had been very  popular in the recent past transformed  into a ghost town .

The magnificient houses of the 19 th century feel into ruin one after the other ;the existance of the village  as well as its name  was  forgotten , until the arrival of tourism .
In recent years ,churces and houses  are restored , beautiful hotels and  pensions are opened , and stone buildings are reviving in Mustafapasa .

To Kayseri Airport: Some ailrlines have daily flights from Istanbul. Especially Turkish Airlines (www.thy.com) and Pegasus Airlines (www.flypgs.com) are regularly flown from Istanbul to Kayseri Airport. SunExpress Airlines services some days in week from Izmir and Antalya. (www.sunexpress.com) Shuttle from Airport or to the Airport: Airport transfers are available for every each flights. After you make a reservation to our hotel, if you share your flight information with us, we can organise a shuttle to Airport for you with pleasure.

Sinassos; which means "The City of The Sun" . Stonemansions are built by stonemasons came from blacksea region in this city.....

You can find detailed  exhaustive workmanship up to doorknob.

So that especially you should allocate time view for this mansion's doors.

You can see the stone mansions which are watched on most popular tv programs by million people on country wide.